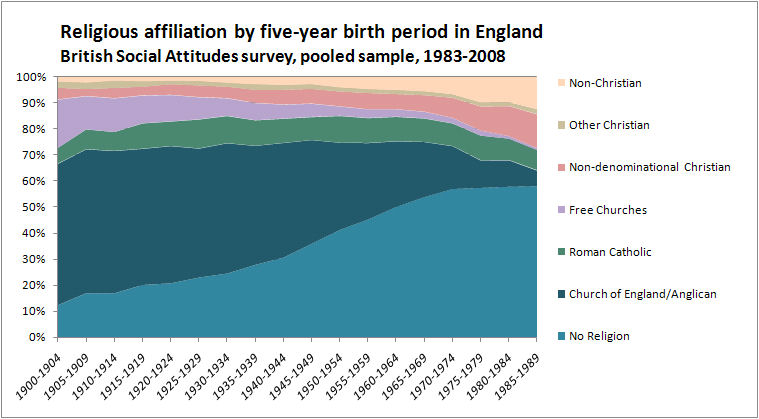 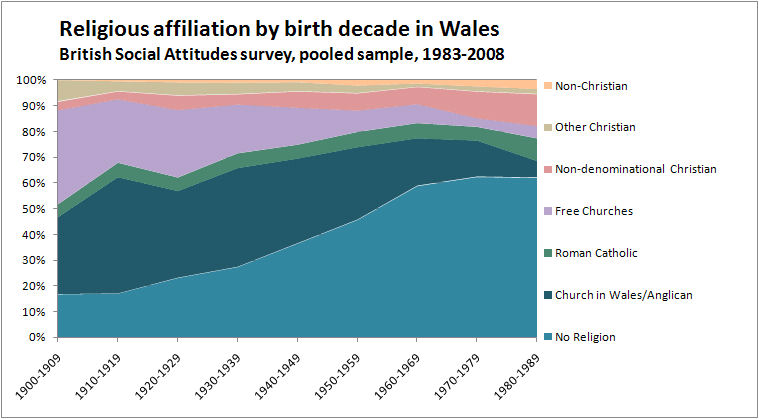 My former colleague Rod Ling did some excellent work creating a single data file integrating the religion questions from all of the British Social Attitudes surveys from 1983 to 2008. Looking at the pooled sample, I wanted to see how religious affiliation varies by birth decade in England, Scotland and Wales, and how the affiliation of younger birth cohorts compares with that of older birth cohorts.

My concern was that there would not be a big enough sample size for the oldest cohort (born 1900-1910) and the youngest (born in the 1980s) to break them down reliably by broad religious affiliation (Anglican, Roman Catholic, Non-denominational Christian, Free Churches, Other Christian, Other Religion and No Religion). For that reason I have looked at percentage affiliated by birth decade for Scotland and Wales (where sample sizes are smaller) and percentage affiliated by five-year birth period for England.

The patterns are interesting – we can see that an increasing proportion of the younger birth cohorts are ‘none’, other religion or non-denominational Christian. In some cases non-denominational Christian describes those who are members of independent churches; in other cases those who identify as ‘Christian’ as a cultural or ethnic marker without affiliating to any particular group or institution.

While the charts are beguiling, be aware that the x-axis points are period categories rather than indicating a continuum: properly, the changes in proportions should be shown in steps (as illustrated below), rather than a trend existing between 1970-1979 and 1980-1989. But overall I think it’s fair enough to illustrate composition change between cohorts in this way (because the differences in the bars are not easy to read); please comment below if you think not! 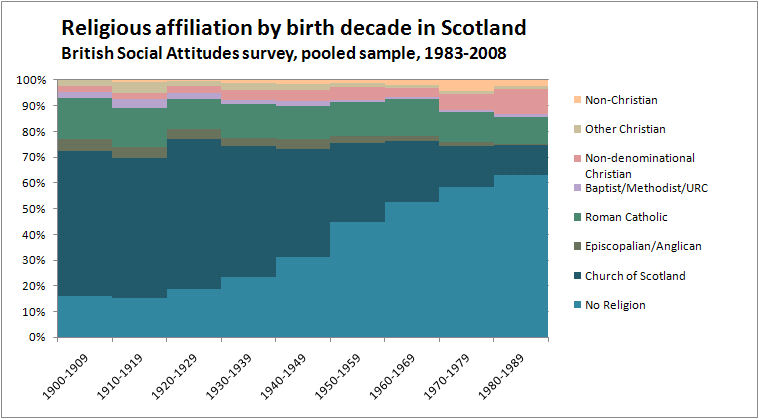