This BRIN post reports various attitudes and behaviour for the May 2010 general election by ethnic group in a series of cross-tabulations, using the EMBES survey. It looks at:

The EMBES survey involved a post-election face-to-face survey (including a self-completion section) and a subsequent mail-back questionnaire. The data reported here is based on questions answered as part of the self-completion section. This involves 2,787 respondents in total. The geographical composition of the sample is as follows: England – 2,732 cases (98 per cent); Scotland – 39 cases (1.4 per cent); Wales – 16 cases (0.6 per cent).

Table 6 reports the (weighted) mean scores for likeability ratings of the political parties. For the benefit of BRIN users, the categories have been reproduced as they appear on the EBMES dataset, i.e. no collapsing of categories has been undertaken. The single case coded as ‘refused’ on the ethnic group variable in the EMBES dataset has been excluded from all of the tables. Question wording and table-specific notes are provided at the bottom of each table. Note that respondents were asked to give a 0 to 10 scale by the EMBES questionnaire, where a score of 0 represents the lowest likeability, and a score of 10 would indicate the highest likeability. However, in the EMBES dataset, the scale ranges from 1 to 11 – so that a score of 1 represents the worst evaluation possible, and a score of 11 the most favourable assessment. 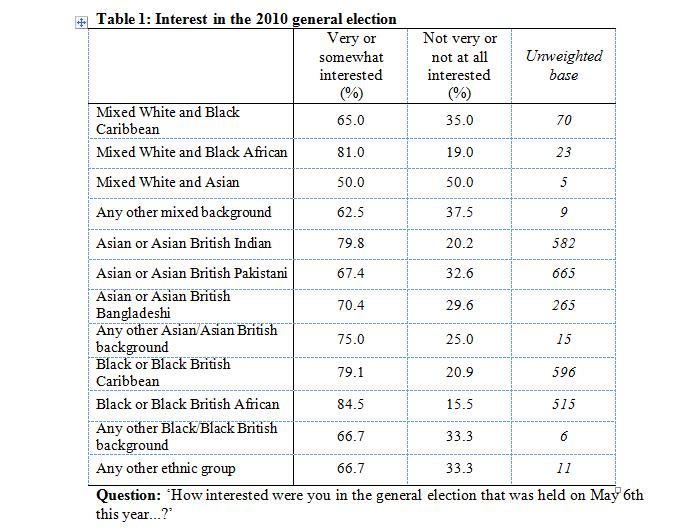 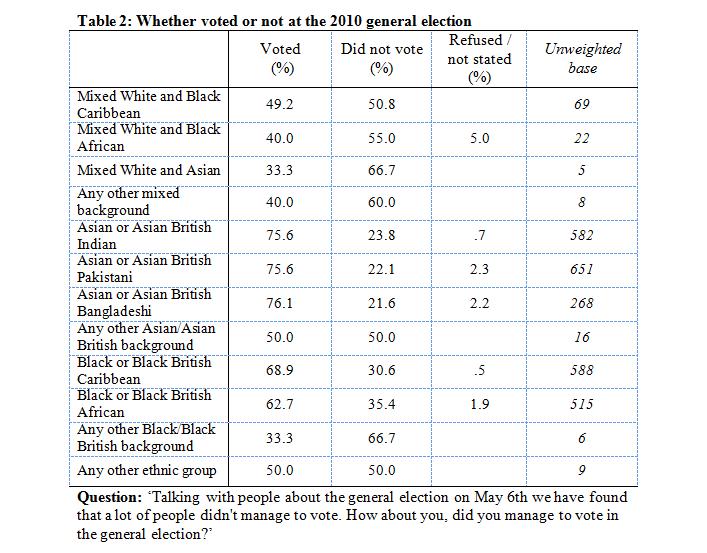 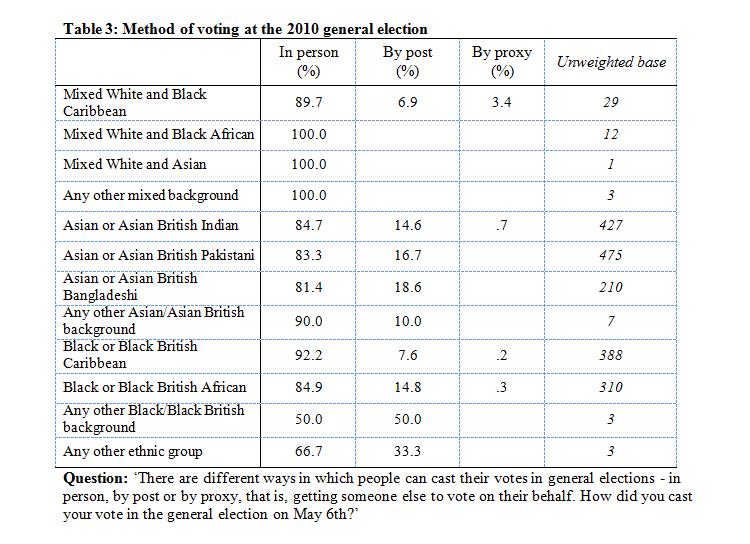 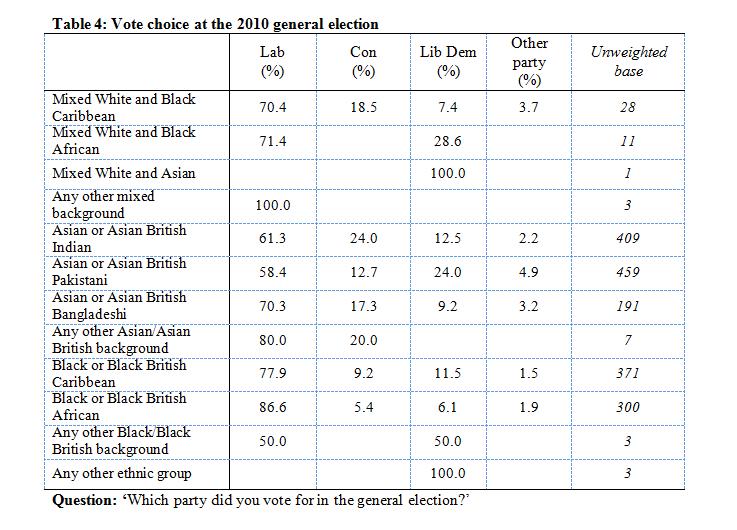 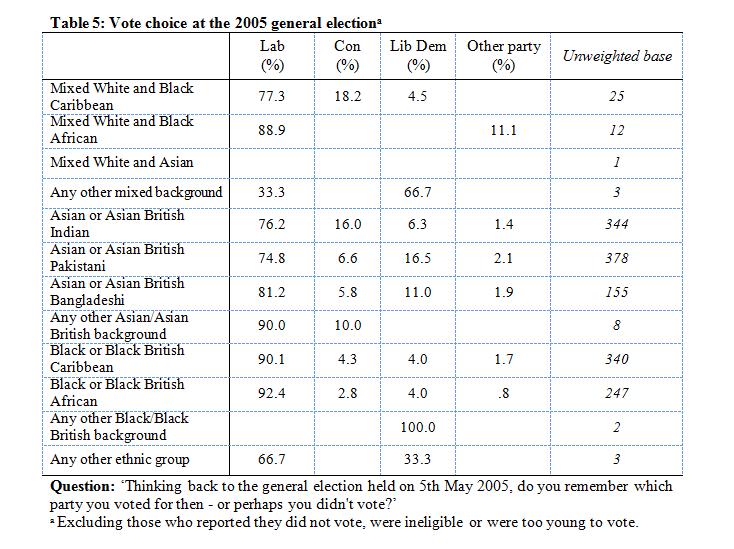 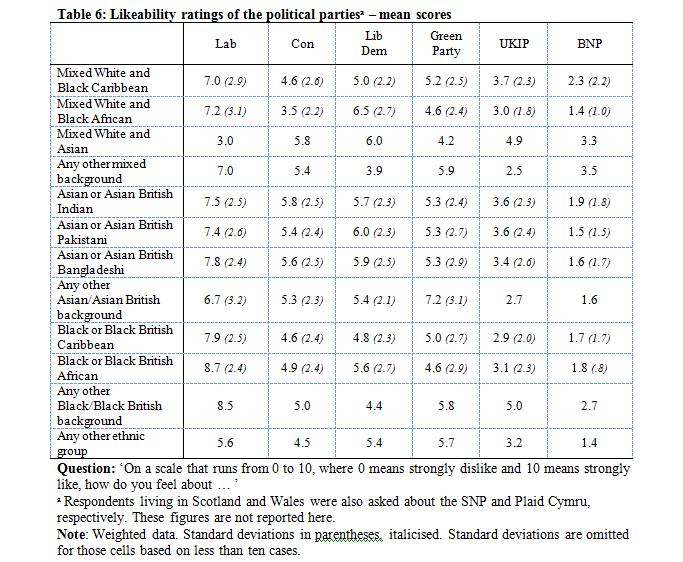 BRIN users who are interested in further discussion of ethnicity and voting behaviour at previous British general elections may find the following references useful:

I will post shortly about how the major political variables correlate with religious affiliation among the ethnic minority sample. If you need further detail on these analyses, contact me at the address below.

One Response to The Ethnic Minority British Election Study (EMBES)