by Siobhan McAndrew and Ben Clements. 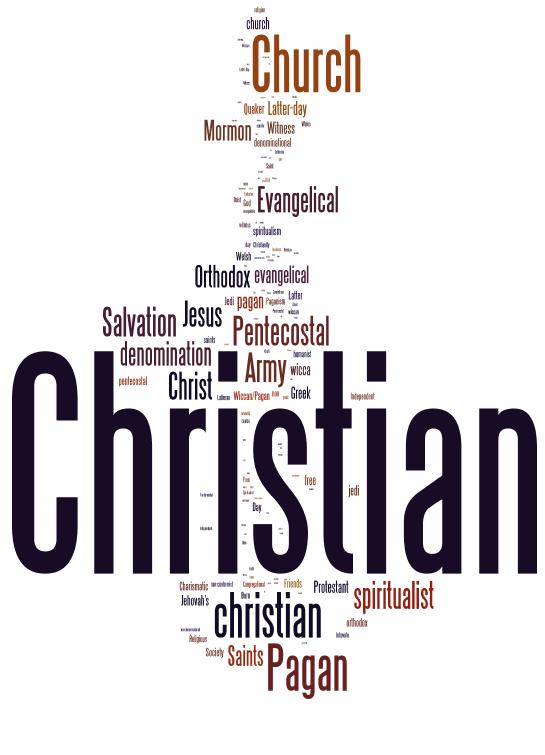 The British Election Study 2009-2010 is a valuable resource for political scientists. What researchers in religion may not realise is that the questions on religious affiliation can tell us something about how people define themselves, and to a certain extent, about the comparative size of new religious movements, sects, and smaller religions. The Internet Panel sample comprised 16816 respondents giving more ability than in smaller surveys to look at smaller faith communities.

Large government-sponsored surveys tend to offer limited options when asking religious affiliation. For example, the Integrated Household Survey does not distinguish between different denominations of Christianity. For both the IHS and the Census, it is thought that many respondents identify themselves as Christian because they want to distinguish themselves from other religious and ethnic identities, even though they may never attend church or think of themselves as belonging to a particular congregation or denomination. The British Social Attitudes survey does ask people about their denomination, after screening out those who say they do not belong to a religion. However the sample size tends to be too small to capture smaller communities in sufficient detail for further analysis. Even the Baptists, a historic Christian denomination, only fielded 33 of 4486 respondents in 2008.

In addition, BSA respondents are categorised in ways which are designed to be consistent over time. However, the categories of ‘Christian – Non-Denominational’ and ‘Other Religion’ obscure the diversity which seems likely to exist within these groups. The non-denominational Christian group is likely to be a blend of cultural or nominal Christians as well as members of independent, non-denominational Churches. In the English Church Census, these were described as ‘New Churches’. Some of these may self-define as evangelical, and others not; either way, the religiosity of the ‘new church’ Christians is likely to be very different to that of the nominal Christians, who a generation earlier may have defined as Anglican.

The 2001 Census offered an opportunity to investigate the smaller communities in more depth, but a question on denomination along the lines of the Northern Ireland census was rejected. In Scotland, people were asked if they were Church of Scotland, Roman Catholic or ‘other Christian’, which allowed finer detail. Nevertheless, many Census respondents took the opportunity to ‘write in’ their responses. The denominational codes used in Northern Ireland were adapted and the written in responses aggregated as illustrated in the following Census table (see worksheet 5).

One issue was that a sizeable proportion misunderstood or did not follow the response options as specified, so that some wrote in that they were Catholic, Methodist, etc., as if these were other than Christian. The tendency to write in a response probably varied across smaller religions too: some groups mobilised their adherents to write in a particular response whereas others did not.

This brings us on to the written-in section of the BES, specifically the Internet Panel sample. Like the BSA, a screening question is asked first.

Do you regard yourself as belonging to any particular religion?

Note that the table above gives the unweighted number of respondents in the sample which selected each faith community category in the middle column. However, the percentage figures have had a sample weight (W8_F) applied to the entire group of respondents contacted for the survey before the 2010 electoral campaign. (Weights are used to adjust survey samples for differing probabilities of being selected, for differential non-response among different demographic groups, and to adjust the sampled distribution for key variables such as sex, age, and ethnicity to conform to a known population distribution. Otherwise, estimates of the prevalence of different groups in the population are potentially misleading.)

For the 525 choosing “other”:
You said you belong to an ‘other’ religion or denomination. Please say what this is [written into open text box].

This allowed people to clarify their religious identity. We categorised the responses into the following categories:

We could write at length about the ‘Other’ group, but here are some key points. First, 3% looks small, but compares with 0.28% identifying as ‘other’ in Great Britain in the 2001 Census. This may be because the ‘other’ group here includes non-mainline Christians whereas the ‘other’ group in the Census was designed to capture members of other non-Christian religions specifically (religions apart from Buddhism, Hinduism, Sikhism, Islam, and Judaism).

Secondly, some respondents appear to have simply made mistakes (e.g. those identifying as Anglican), partly perhaps because the online form doesn’t allow a return to previous screens. Occasionally, however, people want to clarify that their affiliation is complex, for example because they do not practise or believe a certain aspect of the faith.

Thirdly, it’s interesting to note that the majority of those identifying with what we have categorised as new religious movements are Pagan, rather than following more esoteric or recently-established movements (there were only two Scientologists among the respondents, for example). The Pagan Federation has been active in campaigning for those following the various “Pagan pathways” as “Pagan” in official and other surveys. Looking at the unweighted bases and the weighted percentages, Pagans (66 respondents, 0.36% of weighted sample) appears to be about as prevalent as Buddhists (46, 0.24%) – although of course these are very small numbers and percentages, and a degree of sampling error is likely.

Fourthly, it is interesting to note how many Christians exist outside the traditional Anglican, Roman Catholic, Presbyterian, Methodist, URC, Baptist and Brethren categories. 35 respondents identified themselves as “evangelical” and 125 as non-denominational Christians (using a variety of appellations). While consistency of categorisation is obviously helpful when comparing groups over time, there may be a need to re-categorise when some groups are vanishingly small and newer identities are growing but simply grouped as “Christian-Other”.

A final point is that a number of the written-in responses have involved people choosing from different philosophies in highly individual ways; in some cases the space to type in a response allows a modicum of self-expression. Examples include:

– A respondent identifying as Mexica – perhaps as a member of the Nahuatl/Mexica, and perhaps following indigenous religion in the form of “modern Nahuaism”. After some thought, we categorised this as a New Religious Movement analogous to Paganism.
– A respondent who identifies as a member of the “Oreder of the Jedi”.
– A Discordian respondent.
– A respondent who typed, ‘Lapsed Anglican (they don’t want me!)’.
– A respondent who identifies with ‘Spititualism ( This is a government recognised religion, so can you tell me why it is not included on your list of Religions please, ) Thank you !!’.
– A respondent who wrote, ‘every night i pray to Jesus, Mary and God but dont read the bible or go to church’.
– And members of the national British philosophy ‘Mind your own business’, also written in as ‘none of your business’, ‘not going to divulge’, ‘nothing to do with any body but me’, and ‘private’.

The set of written-in answers is given in full below, in alphabetical order. They have also been used to create the Wordle at the head of this post (where more than one respondent wrote in the same affiliation, we repeated the text pro rata). The BES dataset lists exactly what was typed, so that different spellings (and capitalisations) are listed and aggregated separately.

Ben Clements
Department of Politics and International Relations, University of Leicester
bc101 @ leicester.ac.uk